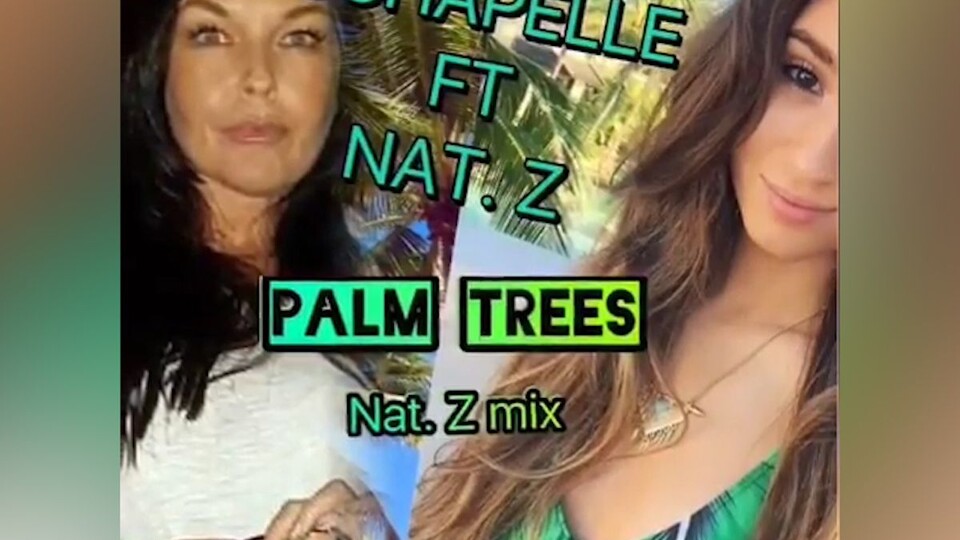 “Nobody” saw it coming when Schapelle Corby dropped her collaborative single with singer-songwriter Nat Zeleny, Palm Trees, over the 2018 new year. As the first packaged artistic output of arguably the most famous smuggler in Australia, who was released from prison in Indonesia only a few months prior, it created shockwaves around the internet and media. Everyone had something to say about this track. New Idea, who has a long history of amplifying and sometimes intervening in the Schapelle saga,1 called it her “newest venture … not what we were expecting”.2 Twitter seemed to love it in a shitcore sort of way, and reviews of it were quite blank, along the syntax of “it exists and so I adore”. Indeed it is the fact that it exists that has given the song its considerable amplitude as a piece of pop culture, rather than any particular catchiness or perceived artistic merit.

“In” when Schapelle is “out” of Kerobokan. “In” the biosphere of Queensland where she first performed the lyrics acapella, in a video posted on her Instagram in July. It was captioned “mucking around on this sunny day”. She was “in” Cairns, where she laid down the track, which is “on” Aboriginal land connected with the Yidinji and Yirrganydji peoples. “Palm trees” are endemic and widely distributed throughout these regions as well as Indonesia.

Yeah she’s back here to stay
she’s in the Sunshine State
and Schapelle is her name
and she’s got something to say.

The rain in Spain falls gently on the plain. Sunshine State. Cellar door. Banger. The alliteration in Nat Z’s chorus is profound. It tessellates Schapelle’s name with Queensland state slogan iconography and girl-power-esque mottos. “She” becomes “Scha” becomes “Shine”. The rhymes take “stay” to “State” to “name” to “say”.

Schoopy Dooby Doo, where are you?

“I have some…” was the fateful phrase used by the prosecution in Schapelle Corby’s trial, becoming foundational for a prima facie case for her drug trafficking charges. She had said the words to a customs officer as he was about to open the boogie board case she had been carrying, which was filled with marijuana. Corby later claimed that it had been planted there without her knowledge. Her “having” the (green) “palm trees” subtly plays on the phrase that contributed to her fourteen-year imprisonment, lightly skirting around the fact that she is forbidden by Australian law to make money out of her convictions. This was confirmed when the profits from her autobiography, My Story aka No More Tomorrows, grossing $282,750, were frozen by the Queensland Court of Appeal in March 2007.3

Kerobokan is an outdoor prison. A sun-weathered Tracy Grimshaw appears singing Nat Z’s part in a video by Stepmates TV, boldly titled Palm Trees (Official Music Video). Grimshaw is host of A Current Affair, whose rival programme Today Tonight was sued by the Corby family for defamation in 2007.4 Also included in the montage are images of Bob Katter and crocodiles, the theme park Dreamworld, and Schapelle outside the alternative retail store Off Ya Tree. She is also pictured riding a horse along Surfers Paradise, before the camera pans multiply to the blinding sun.